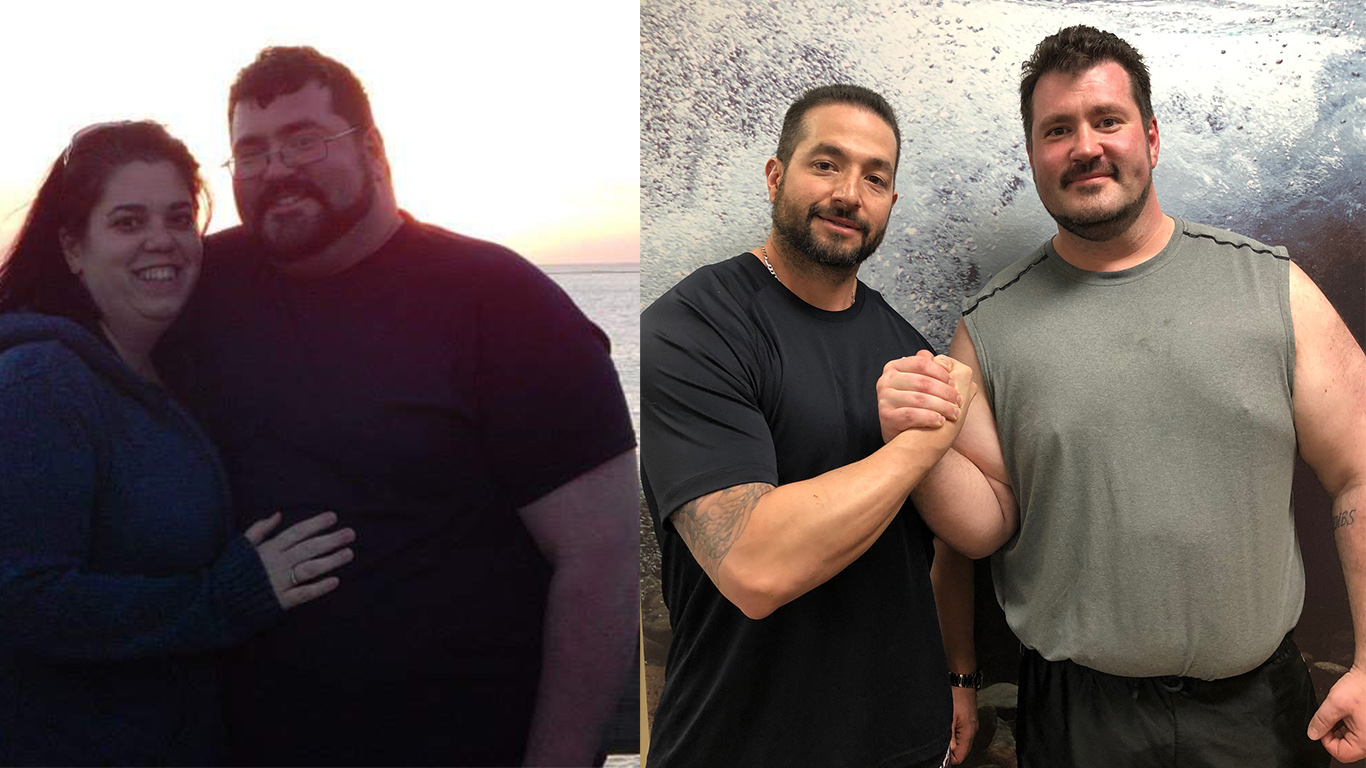 My journey began on September 22nd, 2019. My best friend called and during our conversation, she told me she had lost 80lbs in the last 8 months. She showed me a pic and she looked amazing. I was not about to have her show me up, so I asked "HOW?". She was eating healthy. She had cut out most carbs and sugars. I was 386lbs and had already thought about getting healthy; and this was the last straw.

So I did what she did. I cut out all carbs except vegetables. Within 3 weeks I had lost over 20lbs. I had committed to this healthy way of life, but then I began to think long-term. How was I going to look without the fat? At this rate, I was going to have skin flapping everywhere. So I hung my head and headed to The Alaska Club. I didn't want to go to the gym but I knew I needed to. I signed up and then got a personal trainer. I knew I was going to need that extra motivation. The first 2 months were slow. Besides personal training, I was only going in maybe 1-2 times a week.

Then I played on the app and saw the monthly challenges – another motivator. Then my trainer told me he also did team training. I liked working with him so I figured I would sign up for that as well. All of a sudden I had motivation coming from every direction. I still have slow weeks, but I now average 4-5 times a week, sometimes even more. This morning I stepped on the scale and it said 284. I'm writing this February 19th, 2020. That's over 100lbs in less than 5 months through diet and exercise alone. I'm not even close to being done and cant wait to see where this journey takes me.